The future of depression therapy: Understanding the role of genetics 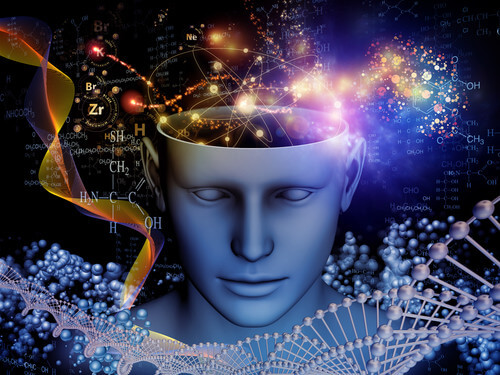 Depression is the world’s leading cause of disability according to the World Health Organization, but we know little about the pathology behind it.

Do genes play a role in depression? What about our environmental factors? As depression is a complex behaviour, how can we analyze the vast amounts of available healthcare information to help us understand it, and help doctors treat it better? Today’s technological advancements, including Artificial Intelligence, provide us with tools to transform our understanding of depression and the way it is currently being treated!

One in seven of us will experience depression sometime in our lives!  It disrupts our home-life, work, education – all of our relationships! It can be triggered by life circumstances and it can run in families.

Despite its prevalence and depression’s enormous burden on our health care systems – it has been estimated to cost more than US$210 billion annually in the USA alone – our treatments are almost entirely symptomatic! Furthermore, finding whether a treatment is effective or not can take many weeks or even months.  Currently, as many as 65% of patients fail to achieve remission following their first time antidepressant treatment[i]. Additionally, 30% of patients will quit their treatment completely, with another 30% stopping their antidepressants following their second-course of treatment.

There is no doubt that we need to treat depression better. Yet for that to happen, we will need to better understand the disorder and the differences between people suffering from it.  Genetic research is an important starting point, which can make the difference.

Genetic research can help us gain a deeper understanding into how depression arises and who is at risk. It can help us develop new and improved antidepressant medications that are tailored to each individual’s genetic makeup as well as even prevent depression in the future. Combining these new genetic insights with the power of Artificial Intelligence (AI) and the ever-growing access to real-world evidence, will enable research into depression that was simply not possible before.

So, to truly understand AI’s potential, scientists require a better understanding into the role of genetics in depression.

The history of genetics in depression

How do we even know whether depression is hereditary?

Scientists have been researching this question – even as far back as the early 20th century. Researchers have explored patterns of illness in people (families) with identical genes, twins, or similar gene patterns.

It is now estimated that heritability is probably around 40%, and might be even higher for severe depression. Researchers also found that major depression was more heritable in women than in men.

Further research has also looked at adoption studies. This also confirmed that an adopted person’s risk of depression is greater if a biological parent had depression. Analyzing patterns of major depression in families also showed some interesting findings.  Research suggests that a parent or sibling of someone who suffers from major depression probably has a 2 or 3 times greater risk of developing depression compared with the average person.

Research into psychiatric disorders has mainly focused on associations with single genetic factors, with the great strides made by the Genome-Wide Association Studies (GWAS) in the last decade. For example, in the genetic disorder Fragile X, the mutation of the FMR 1 gene on the X chromosome is directly correlated with mild to moderate intellectual disability.

However, depression is a highly complex genetic disorder with research demonstrating that a specific gene is not solely responsible for depression.  In fact, a review of GWAS looking into major depression showed that no significant genetic sites linked to depression have been found. Indeed many of the papers and reviews of this field make that point.

Researchers believe that the failure of GWAS in major depression is that depression involves a combination of genes.

It is their current view that studies may have been underpowered to detect the causative loci. A locus (plural loci) is a fixed position on a chromosome, like the position of a gene or a marker (genetic marker), responsible for a particular biological trait. However, in depression GWAS requires large sample sizes in order to obtain the adequate power to detect variants of small effect.

The recent success of the trial by Pfizer with 23andme demonstrates this point. By using much larger datasets (the trial involved over 300,000 people through 23andMe’s massive genetic database), Pfizer was able to link 15 genome sites to depression using the traditional genome-wide association approach.

Clearly genetic research into major depression is advancing but there is still much to be done! My recent blog, “Cracking the genetic mysteries in the mental health modern space“, explains more on this subject and how AI algorithms can help us understand the complexity of genetics – the number of genes involved as well as the cause and effect of each and every gene-gene interaction – to provide new treatment approaches for mental illness.

The role of the environment in depression

In the case of identical twins, we can say that genetics in most cases of depression maybe the primary cause for depression. However, it could also mean that in some cases, the tendency to become depressed may be mediated by the environment the person grew up in, his medical history, his life style etc.  The truth is we need to look at each person as a whole – their individual genetic and environmental background.  For more insight on this topic, check out one of my earlier articles,  “Personalizing medicine: Using AI to analyze combinations of genetic and environmental factors”.

What research is highlighting is that the impact of the environment – our life circumstances – cannot be excluded when looking at the causes of depression.

For example severe childhood physical or sexual abuse, childhood emotional and physical neglect, and severe life stress are all risk factors. Losing a parent early in life probably also increases risk to some extent. The research by McGowan et al (2009)[ii] in this respect showed that the environmental experience of childhood abuse may lead to specific epigenetic changes, that could affect the hypothalamic-pituitary-adrenal (HPA) stress responses, and may increase the behavioral risk of suicide!

How can AI help treat depression?

AI provides us with a tool to do just that. It enables us to redesign the way we can support doctors, patients and their loved ones to help better predict, diagnose, prevent and personalize the treatment of depression.

It is also changing the way we conduct and deliver clinical research. In the case of genetic research, using AI, researchers can now perform studies with much larger datasets than was previously possible. Expect more genome sites linked with depression to be discovered in the coming years!   Rather than the treatment of depression being symptomatic, scientists can start to tackle depression head on at the genetic level.

However, as we have shown above, the impact of the environment cannot be ignored within the depression story. To truly deliver the promise of personalized medicine in depression, we must understand the intricacies between the complex genetic and environmental landscape.

With our healthcare journey moving online, we are now in a position to do that! We now have unprecedented access to previously unavailable information. We can now look not just at a patient’s genetic history, but their age, employment, education, family status, health risks – a wide array of genetic, clinical, demographic, economic and social data. It is by intelligently using this data that can help our doctors know their patients better and to make educated medical decisions.

For doctors – they now have a huge amount of ever-expanding, valuable information at their fingertips but lack the time to harness its possibilities.  This is exactly where AI comes in.

With clever modelling, AI can sift through this vast ocean of data, pulling out and connecting the dots that matter to help us quickly predict the right antidepressant for each patient. With 65% of patients failing to achieve remission[i] following their first time antidepressant treatment, providing tools that can empower doctors to personalize antidepressant prescriptions is critical.

It has been the approach at Taliaz to put the doctor in the center of this decision tree. Our AI predictive platform, Predictix Antidepressant, does the time-consuming, analytics work and doctors receive a personalized report with predictive information about antidepressant drugs and which one is best suited to both the patient’s genetic makeup and health record.

This doctor-centric decision support tool, means doctors are now better informed earlier to know from the dozens of antidepressants medications on the market, which one may be the right antidepressant for each patient.

The future of AI solutions in depression

There are huge breakthroughs happening within the AI depression field.

From patient monitoring to help predict and prevent the onset of a crisis, to AI-powered virtual counselling as well as personalized medicine approaches to enhance treatment, like Taliaz. The way depression is currently being treated will be transformed.

AI solutions have the potential to be the “time givers”. To help and give our doctors more time to listen, befriend and care – to become the companion or confidante we often desperately need.

With more genetic discoveries into depression on the horizon and the ever-growing amounts of real-world health data available, AI solutions will provide our doctors with a new hope to better treat the millions who suffer from depression.

I don’t know about you, but I am excited to see what genetic discoveries we find next.

Until next time! Dekel